This circuit generates high voltage pulses from 230vac line voltage. The drive end’s swing comparator circuit is invented by the creator of this page. The work end is derived from stroboscope trig supply circuit. All line voltage using circuits are inherently dangerous, and this is particulary so. Do not build it. 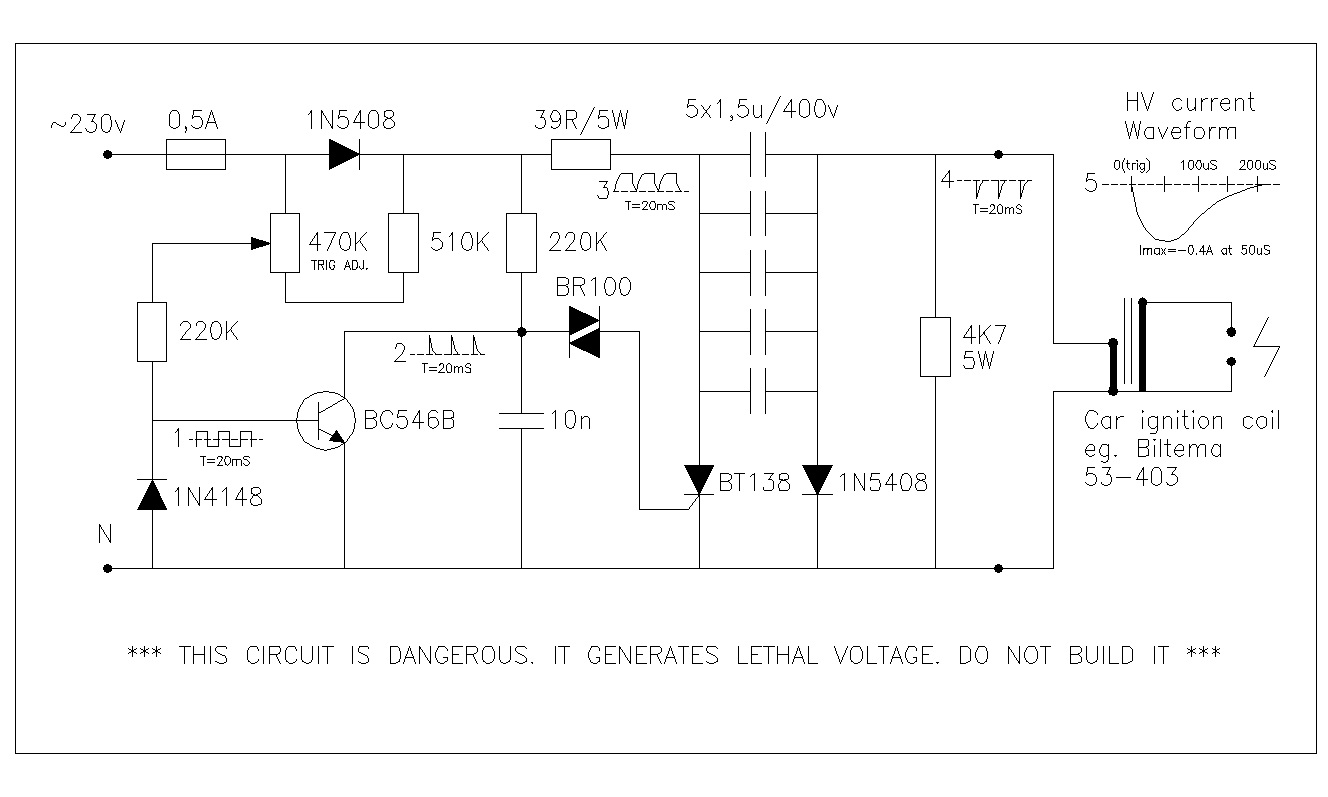 The fuse and 39R resistor protect the thyristor in the case of erratic trigging. The diode 1N5408 and the 4k7 resistor both parallel to the primary, avoids ringing.

When powered up, the circuit generated fierce arc of 25mm length, between the coil secondary. The waveforms depicted in the schematic were observed. The output current was measured by letting the sparks ground via a 10ohm resistor, and measuring the voltage over the resistor with an oscilloscope. The trig event control was observed between ca.180…270 degrees of phase angle, by turning the 470K potentiometer. The sheet of paper placed between arc bursted immediately in flames.